Reading ‘Corrosion’ so you don’t have to 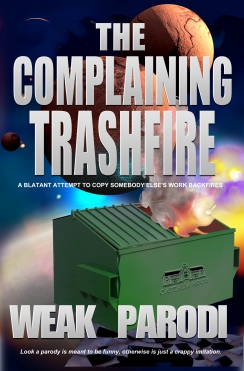 Oh, if only this WAS a parody:

“It was worrisome that the Human League had declared him “a traitor to Galactic Man” and was offering a bounty on his head. Still, this wasn’t the first time he’d been targeted by crackpots, though, and as a technocrat, he found it hard to be Praton as a sacrifice to his furious fellow council members.”

So with the tune of ‘Don’t You Want Me Baby’, running in my head I descend into ‘Corrosion: The Corroding Empire Part by Johan Kalsi and/or Harry Seldon Edited by Vox Day’.

Servo is a robot working in a cocktail bar, when we meet him. Again, if only this book was a pastiche of new-romantic pop lyrics but it isn’t – I mean how would it have been to have included a cocktail bar in the story?

Instead, we get a bunch of connected not-exactly awful stories set in a technological society run by ‘algorithms’. The style is one I shall now christen ‘Puppy Clunk’. If you read some of the less appalling slated works in 2015, you’ll recognise the style. It’s not illiterate or wholly unreadable but it just sort of goes ‘clunk’ in every sentence.

“It had been ten months since the first time Servo made contact with the First Technocrat, and since then, things had gotten increasingly out of hand. The drone’s behavior had arguably become more erratic than the theoretical algorithmic anomalies with which he was obsessed.”

The premise is that this high-tech space-faring human civilisation is totally dependent on ‘core algorithms’. The civilisation doesn’t depart much from a bog-standard space-future (robots and vid-screens) and the importance of the ‘algorithms’ is just waved around a lot.

For reason unknown, this advanced society has apparently no understanding of boundary conditions or chaos theory or any one of the many ways humans have known that deterministic computation will depart from empirical data without regular correction. As a consequence, humanity is suffering from ‘algorithmic decay’ and only ex-surgeon turned rogue robot ‘Servo’ (no not the one from MST3K) can see the truth.

“He had been allowed enough visitors in prison to gather that the Human League were planning to do through legal means what they had failed to do illegally: assassinate him. His only chance was to win over a Technocratic Council that was not only looking for a sacrificial lamb to throw to the frightened public, but would be presided over by Harraf, his would-be successor as First Technocrat.”

Civilisation is heading for a crash!

OK, that was gratuitous. I’ll let Caden Jarris, First Technocrat infodump a summary of the dangers of algorithmic decay:

“As far as I know, there is nothing that is going to halt this mysterious, gradual corrosion of both the galactic and planetary infrastructure on its own. The trend may be slow, one might even describe it as glacial, but even so, the long-term trend is clear. If algorithmic decay is not arrested, interstellar transportation will be the first sector to fall. That will doom dozens, perhaps even hundreds, of populated planets and colonies to stasis if they are fortunate, and extinction if they are not.”
“We know all this, Caden,” the Sixth Technocrat complained.

I think we all sympathise with the Sixth Technocrat – nobody likes a gratuitous infodump.  The decay is a handy wavy substitute for Hari Seldon’s prediction of galactic Empire collapse from Asimov’s seminal Foundation stories. ‘Corrosion’ is supposedly some sort of parody/pastiche/homage to Asimov but it fails to capture any of his magic. Nor does it compensate by addressing Asimov’s failings: the characters are as thinly drawn as the plot. The book is short and yet still mainly waffle. It’s a bit like eating packing material – if packing material could go ‘clunk’ (which it can’t by design).

[NOTE: starch based packing ‘peanuts’ can be digested but are not produced in conditions that are food-safe. Also, they are intentionally stripped of useful nutrients so as not to attract vermin. You can learn more about packing peanuts here: https://en.wikipedia.org/wiki/Foam_peanut#Starch-based_packing_peanuts No, this isn’t the most interesting article on Wikipedia but yes, it’s less dull than reading this book]

Speaking of peanuts, after the trial of First Technocrat Caden Jaggis, we are whisked away to see more of this amazing future society. We meet a farmer, called The Farmer, sitting on his future tractor: “Ontanso-44 tractor-processor, manually correcting bad readings and attempting to factor a uniform set of correcting algorithms. ” See, this society is all based on ALGORITHMS and so the Farmer has an algorithm-tractor, possibly an algorithm-combine harvester as well and an algorithm-chicken coop.

Nah, that would be silly. Instead, he has his trusted Intrepid-Abundance Class biogenetic tractor-combinator. But things are going badly because of, you know, ALGORITHMS.

“It was that fragile moment in the growing season when blight or insectoid plagues still threatened, but the natural algorithmic defenses of the crops were not yet a full strength. Every class of every crop he mastered — polito, chomats, paradagas, corbolini, purple crone, zaim, yossa beans, and even the hardy gang roots — were going wrong. They were behind schedule, maturing poorly or in several cases, mutating inconsistently.”

The poor old farmer has a bad time of it and…well then we jump forward in time and the empire has collapsed. 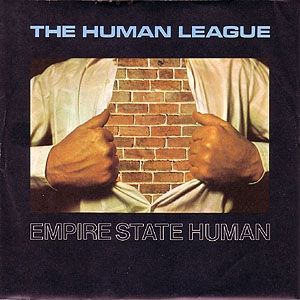 Three stories in we meet another man with a vehicle, Scot Farmerson, who has a 00198 Burneck-made truck. That’s nice. You know what Foundation lacked? Trucks and tractors. Nothing says hard sci-fi like a decent agricultural vehicle.

Any Scot dies horribly because of bad algorithms. Not even his truck could save.

Then things go a bit milSF but we are still in the same story because they have gadgets and complain about ‘algodecay’. Then we wander. Things get dull. I can’t even make Human League jokes anymore. People don’t want jokes, people love action. 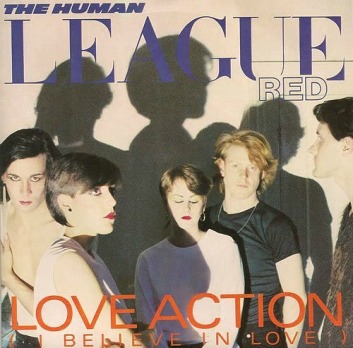 Skip, skip, skip, oops I’m at the epilogue. This starts with a binary code because ROBOTS! Robots that communicate in ASCII (not Unicode? darn – no emojis). The super secret messages in binary says:

Morality? Perhaps but the book still hasn’t developed a sense of humour.

Yeah, anyways, war is good, robots plotting stuff etc. You know the drill. If you read the Castalia MilSF compilation in the Hugo Packet it’s basically the same stuff.

What can I say? The opening chapters were clunky and the rest were formulaic. It is almost like output generated from some deterministic sequence of rules and operations – why, it is almost ALGORITHMIC…

77 responses to “Reading ‘Corrosion’ so you don’t have to”