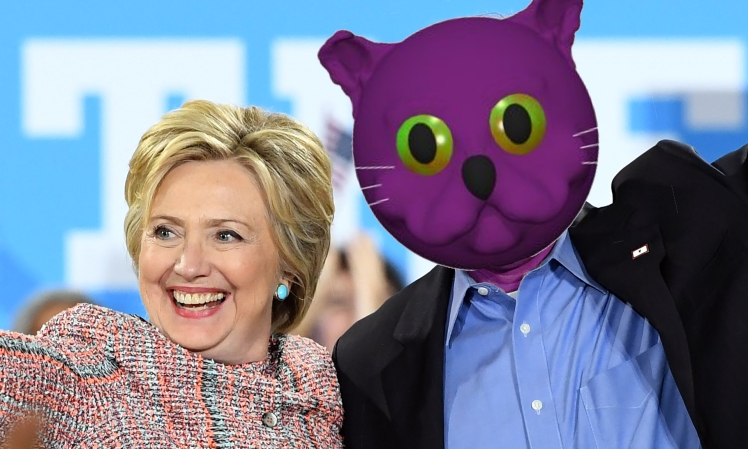 In a surprising move, presumptive Democratic nominee for President of the United States, Hillary Clinton, has chosen local vermin catcher Timothy the Talking Cat as her Vice Presidential pick.

Timothy, known for his radical rightwing views, squirrel fixation and editorial ambitions is an unlikely choice for Clinton. However, commentators are suggesting this is a clever move on Clinton’s part as it challenges Donald Trump in the key ‘talking utter nonesense’ demographic.

UPDATE: Timothy explains that it is some other person called Tim.

3 thoughts on “Well He Kept That Quiet”