Prequel: I’d sent the guy his prize by Twitter:

Your prize. Congratulations😊
Truly an Award Winning Book and if anybody nay says that then they'll be answering to my cat. pic.twitter.com/4ySWimMePj 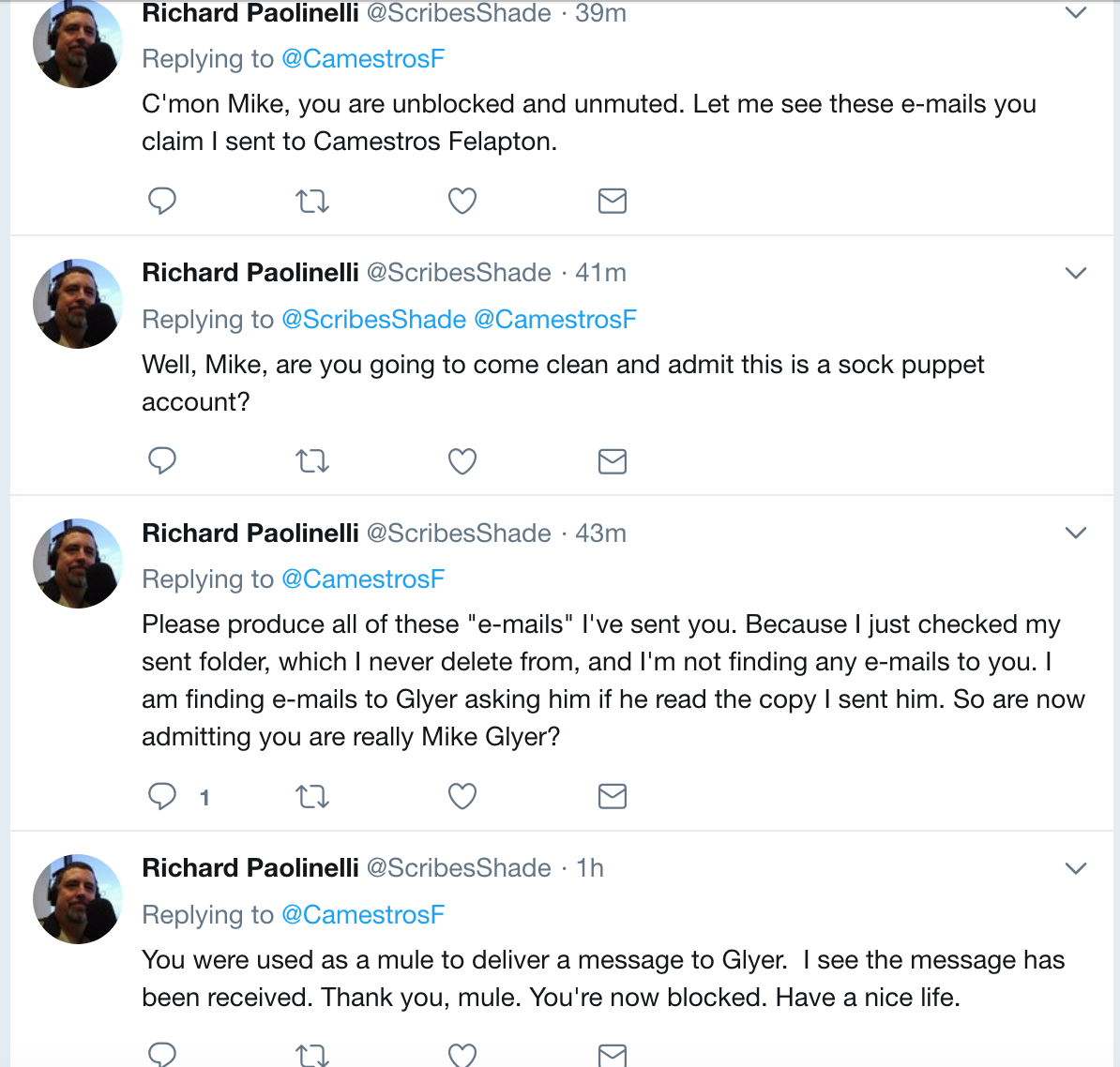 To wit: I was muted (having never sent this guy a Tweet) and then blocked, then approx 15 minutes later unblocked and sent another tweet. Accused of being a multiple Hugo winning legend of fandom (oh noes!), unmuted, told that he doesn’t even want a Nebula award, etc, it’s around about then that I send him another reply after retweeting

??? I've never claimed that you have emailed me. I think you may have misunderstood something, somewhere. I'm not sure what…

I was incorrect here because I’d written ’emails’ instead of ‘Tweet’ (!?!) upon which rock a mighty paranoid theory was built.

ahhhh, I see – it should have said 'tweets' rather than 'emails'. Apologies for any confusion but that's just a typo dude.

I actually wrote ‘dude’. I think that makes me suspicious that this isn’t me who is typing. I don’t know, it just felt like the right context to say ‘dude’.

52 responses to “Bruce Wayne is Spiderman”