It is deeply saddening that the anti-science attitude has become so entrenched on the right and in the government. However, it is nice to find all your targets standing in a row.

The minor good news is that watching the presentation and recognising the names, I’d already debunked this nonsense. https://camestrosfelapton.wordpress.com/2016/08/22/dont-forget-climate-change-chapter-12-climate-science-venus-market-researchers/

Yes, this is the same warmed over nonsense I tackled when I went through a climate change denial book last year. 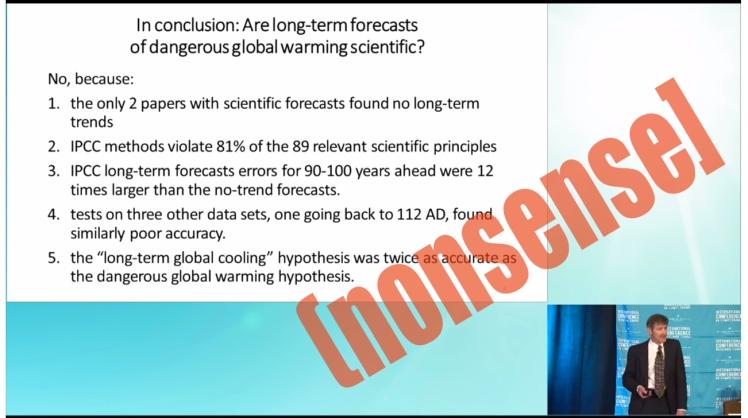 What I found then was that Armstrong and Green, to reach a conclusion that a forecast of global cooling was more ‘accurate’ than global warming, had to make the following errors:

What was even more notable was that some of these problematic steps were in violation of their own ‘principles of forecasting’.

There’s more, but I’ll come back to it later.