Final round and then I’ll total the scores. Only 2 points in play for this round but those points will be tie breakers!

Relevance! Ah, we all love those brilliant Foss covers of days gone by with magnificent spaceships on covers of books that didn’t feature space travel.

Very basic relevance already got some marks in the functionality round – does the cover tell you what genre you are getting. By that standard this classic cover is fine:

But observant readers may struggle to remember the giant industrial robot harvesting alien fungiform spores on an exotic world  and may remember instead a murder-mystery with domestic robots set on a planet that looked more like a campus set in parkland, with a focus on interpersonal relationships.

So top marks for functionality but as much as I adore that robot on the cover (and I really do) it would get zero in the relevance category. It does a job of telling you what genre you are getting (the ‘robot’ in the title, never mind the big ‘asimov‘ at the the top and the extra ‘robot’ banner at the bottom are also clues) but it is not actually related to the book. It is a damn cool robot picture http://www.chrisfossart.com/2013/02/robots-of-dawn/ but not an illustration of the book or even evokes what the book is like.

So I’m looking for covers that do a bit more than hint at the genre. Do they match the book? A problem is I’ve only read some of these books, so I’ll have to go off Amazon blurbs – hence the real question is does the cover match the blurb! The more it does the higher the score.

[R] 1 point. Yes, the book has spaceships in it and the covers is a bit more relevant than with the previous books but if you buy Ancillary Mercy for spacefighter action you will be disappointed with the nuttiness of your nuggets.

[U] 2 points – a portal fantasy as part of a wider story involving somebody writing a fantasy. Mixed genres and structurally complex stories are going to be tricky to cover. This looks like a clever solution.

[U] 1 point – do the slats suggest multiple threads or an obscured view? Not sure. A different attempt to solve the same problem. Wavering between 1 point or 2.

[R] 2 points – OK nothing on the cover suggests anthropomorphic elephants but the image is both evocative and relevant to the plot.

[U] 2 points – although I wavered.  Two interlocking stories, one of a journey to a planet and one of a planet’s history. There are sentient spiders apparently but like the Barsk cover, sometimes it is best not to illustrate something that your imagination will do a better job of SFX on.

[R] 0 points. Not a story of revolutionary politics among mechanical people. Read this instead.

[U] 2 points I guess. Near future spy thriller? Yeah, I guess that is what it is saying visually.

[R] 2 points. It’s a fantasy story about an actual war. Does what it says on the tin.

[U] 2 points? Maybe. I don’t know. Is this an illustration of a scene from the book. I assume so. The blurb has so much backstory that I’m not sure what this particular entry in the series involves. I’m guessing it does deliver explosions.

[U] o points. OK by book 9 you’d know the setting of the Temeraire books but the cover really doesn’t hint at the alt-history element or the seafraing, Napoleonic elements. A burning tricolor or a map of Europe or something. Older editions took a different tack with this series e.g. https://upload.wikimedia.org/wikipedia/en/7/7f/Black_Powder_War_cover.jpg

[U] 2 points. The blurb says “bizarre and dangerous Slaasriithi lifeforms” so 2 points.

[R] 1 point – I also thought about giving it 2 points and also 0 points. O points on the ground that this is intended to be an epic story of survival and the cover looks more like a journey into one person’s psyche. 2 points because it is about what people witness and that eye, with a what is maybe a reflection of the sun rising over earth is a clever way of evoking the book. Split the difference.

[U] 1 point – I haven’t read it and I’m guessing that building is relevant to the story but it doesn’t feature in the blurb. Blurb suggests some kind of mad adventure and the cover does the same.

[U] 0 points. Beyond ‘it’s epic fantasy’ what is this telling us? That’s OK but on this criterion it can’t get many marks. 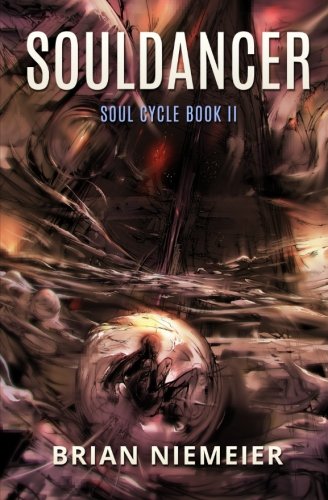 [U] 1 point. Seems to capture the feel of the book based on the blurb.

[U] 2 points – suggestive of lots of things, cities, people with spectacular powers but maybe not a conventional superhero story.

[R] 0 points. That seems unfair. A nigh on impossible task to cover this book. Having said that, there is an image from the story of a person trapped inside a crystal that is important plot wise but is also suggestive of various themes – control, claustrophobic societies, rocks etc.

[U] 1 point. The cover suggests a story set long after a conflict but I get the impression this book is more about an ongoing conflict.

[R] 0 points. I love the cover but the book is about people ON a spaceship in space, rather than somebody on a planet.

[R] 2 points. I like the other cover more but this tells you more what the book is like. It isn’t a sitcom but the Red Dwarf-like visuals here give you a sense of a story that will focus on a spaceship crew.

[U] 2 points. A young witch marshals her unconventional forces.

[U] 2 points – masks, deciet, strength, fragility. Lots going on there and suggests a lot about the book without revealing.

[R] 2 points. A Victorian novel with watches, bombs and an octopus. Look – it’s all there on the cover.

[U] 2 points. Another world with towers and flying people.

[R] 2 points. A folklorish story focused on a young woman with magical powers. It’s all there on the cover.

[R] 2 points. Forest, tower, and an ominous shadow. Evocative of central Europe and the big, dark, ancient forest at the heart of the European id.

[U] 1 point. OK, this maybe really does illustrate something actually going on but let’s face it – this is a BIG SPACE EXPLOSION cover and that is fine.

[U] 1 point. I wouldn’t have guessed from the cover that this was a story set on a generation ship. Maybe though, it does suggest somebody trying to survive in a crowded urban world – which also sort of fits.

[U] o points. Aside from scary forest, not sure what this is saying.

[U] 0 points – tricky with a set of stories (why I’d originally just stuck with novels. The criterion doesn’t really work in this case.

One response to “Book Cover Award Thing 2016: Round 4 maybe? Relevance!”