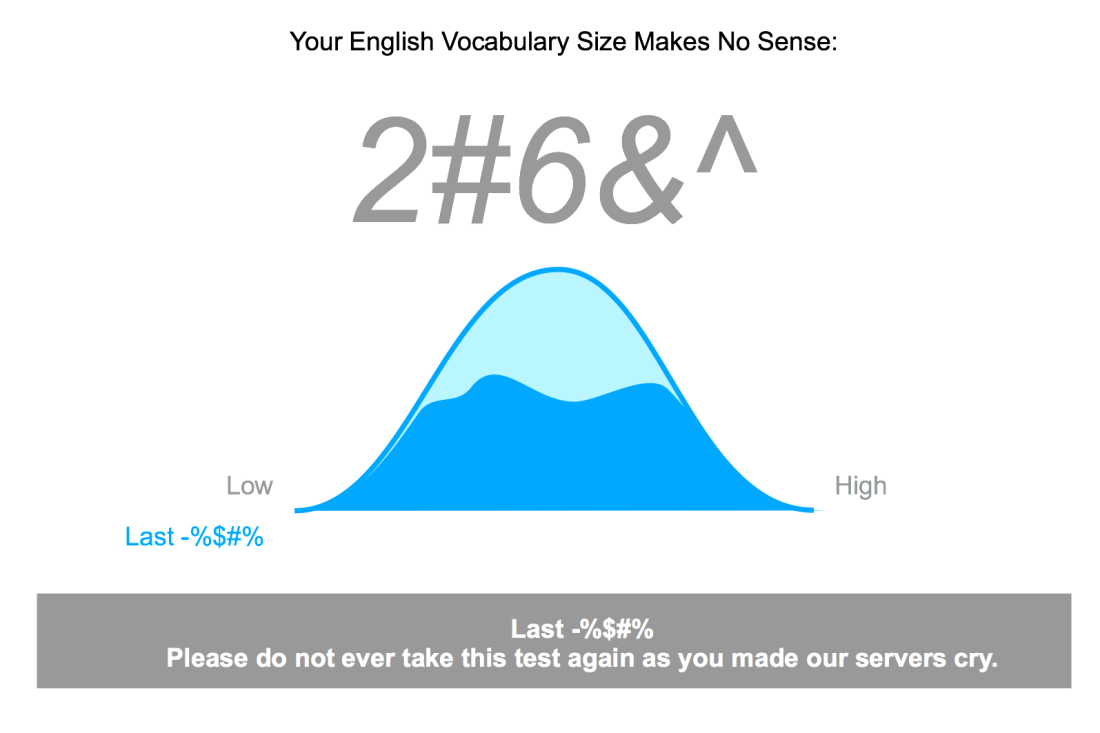 I asked Timothy to take the test. Here are his responses. It gets a little sad at the end.