More adventures in 3D. I haven’t done much more in Blender because I can make stuff much quicker in Cheetah 3D despite its limitations. Blender has everything but by having everything, the used interface is bewildering. One thing I wanted to use Blender for though was ‘sculpting’. Sculpting is the process by which you pull, twist, smooth, squish 3D objects into the shapes you want. In Cheetah I usually build objects up from smaller bits and just edit the odd polygon. This works fine for spaceships, buildings and robots but is not a great way of making heads. For people I semi-cheat and import models from Poser.

So I’m now trying Sculptris. Sculptris is free because the company that makes it want you to buy their bigger 3D app Z-Brush. However, for my purposes Sculptris looks like a handy tool for making things to import into Cheetah.

The idea is that you take a sphere and then pinch, pull, squish, smooth etc as if it was a blob of clay. I made a big ugly head (I can only do ugly)! I can then export that as .obj file and import it into Cheetah for more fun and rendering. e.g. now big pink ugly head with lighting! 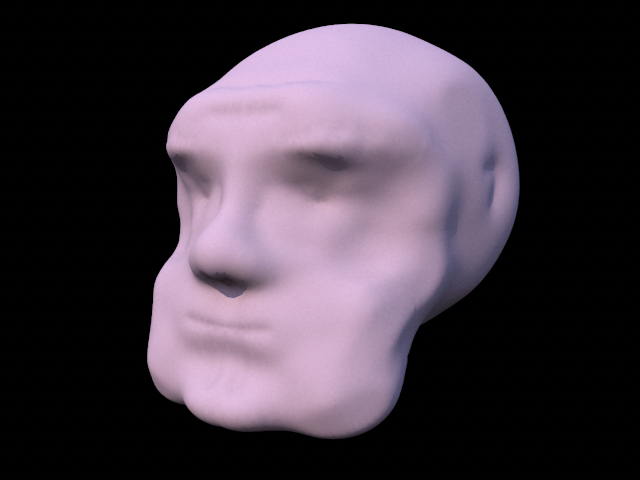